Situated on the border of Sul De Minas and the Cerrado sits the mountainous region of ILicnea with farms rising from 1100 – 1320 masl before the land falls away into the expanse of the cerrado. The area is made up of 6 communities. This beautiful area is blessed with a micro climate that provides conditions for producing unique and intriguing coffees. The regions soil is known as cambisolo where the rock is still turning to soil, this places its own unique stress on the plants and the maturation on the cherry. Prior the growers here really struggled with the winds that ravaged the crops, through inquisition and help they have put in systems and planted to trees to help minimise the effect of the wind. The region is still relatively new in terms of knowledge about it as coffees were previously sold under the names of other regions until recently. Now these farms are being recognised for the unique coffees they produce in relation to the region & Brazil.

Fazenda Conquinsta was established in 1910 and has always been one of the main producers in the Ilicinea region. Initially founded by Mr. Juca de Oliveira it is who was always challenging the way he grew coffee to improve and change. Now the farm is run by his great grandson Bruno Menali Oliveira who gave up his work as a lawyer to farm coffee. Bruno is like his grandfather looking at ways to improve the quality of his post-harvest production as well as the education and working environment of his staff. They have 8 staff on the farm to help with the harvest and maintain the medium sized estate during the year. They are able to harvest 30% of the farm mechanically and the remaining 70% manually due to the geography. Once the coffee is harvested from the trees it is then laid out on patio’s in the natural sun for 7 days until it reaches 15% moisture. From here it is then transferred to a mechanical drier for 3 days until the desired 11 % moisture is reached. 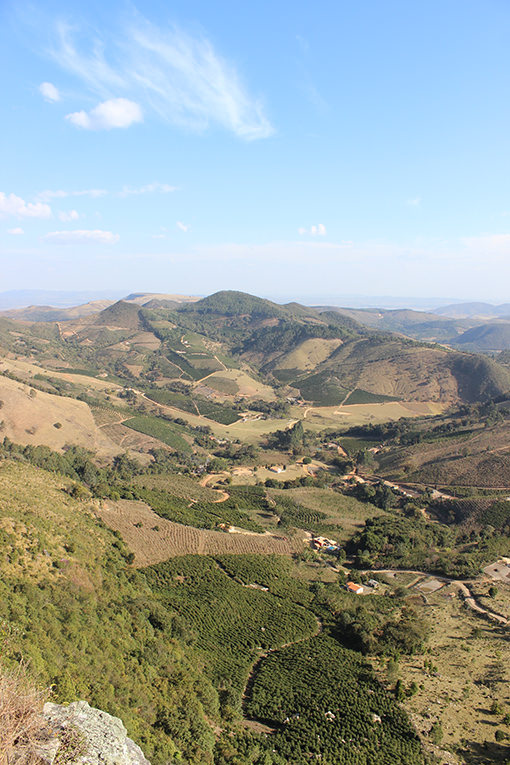 Brewing this single origin coffee as an espresso comes with notes of plum and orange with praline and a milk chocolate finish.