Located on the slopes of Huye Mountain in the Huye District in Southern Rwanda, this private washing station is owned by David Rubanzangabo.

David grew up the area and established the washing station in 2011. He has since built another site nearby to the original washing station to allow for a greater number of deliveries during harvest season.

David is a philanthropist who cares deeply about the smallholder farmers who deliver their coffee to his station, and constantly strives to make improvements to ensure that the 1330 farmers who deliver cherry to Huye receive fair prices and premiums based on the quality of the coffee they produce.

Alongside payments, David also rewards the farmer groups he works with with social premiums and quality incentives – such as cows, goats, access to micro-loans, school fees and health insurance. In addition, David has driven environmental changes at Huye, initiating a water reduction program, which involves recycling water used for pulping, with the aim of reducing use at the station by a third.

During harvest season, producers deliver their freshly picked coffee cherries to 26 collecting stations around the Huye community, where a truck visits daily to collect coffee during harvest season. Typically, a small holding in the district is just a quarter of a hectare in size, with around 200 trees. The yield is about 4kg of cherry per tree, so each farm only produces roughly 2 bags of coffee. It is entirely Bourbon, which, coupled with an altitude ranging from 1,600 to 2,300 metres above sea level, brings about lots of complexity and great flavours in the cup.

David’s drive for quality has brought about a big increase in prices for local farmers. Confirmation of the high levels of quality that they are producing is Huye’s success in the Cup of Excellence: 2nd place in 2012, and 6th and 11th in 2013 with two competing lots.

The processing is based on washing the coffee with a set up that is typical throughout East Africa. The freshly delivered coffee is inspected to ensure only good red and ripe cherries are included. Then it is put into the receiving tank where inferior floaters are removed. The denser, high quality cherries are then pulped in a Penagos disc pulper before entering a concrete fermentation tank where they are held for 12 to 15 hours. It is a dry fermentation process meaning that no extra water is added. After this the mucilage is loose enough to be washed away and the tank is then filled with water and the coffee turned with a large wooden paddle before being drained. This process is repeated a further 4 times to ensure the coffee is clean before being channelled through water (when further floaters are removed) and is then transported to raised beds for drying. Initial drainage drying is under shade as the coffee could be damaged at this point if it is exposed to too much heat. Then it is taken to the drying tables in the sunshine where the beans are diligently sorted by hand to remove defects, and turned it regularly. This can take between 15 to 20 days.

The parchment coffee then goes to storage to be held for two months while it conditions (the evening of moisture content) before being trucked to the mill of our sister company, Rwanda Trading Company, in Kigali. Here the parchment is milled away and any further defects are removed using light sorting machines. Gravity sorting machines are also used to remove broken beans and foreign bodies before the coffee is finally packed into 60kg bags (lined with Grain Pro) and containerised for export. The coffee is trucked to either Dar es Salaam in Tanzania or Mombasa in Kenya, where it is shipped to our roaster clients around the world. 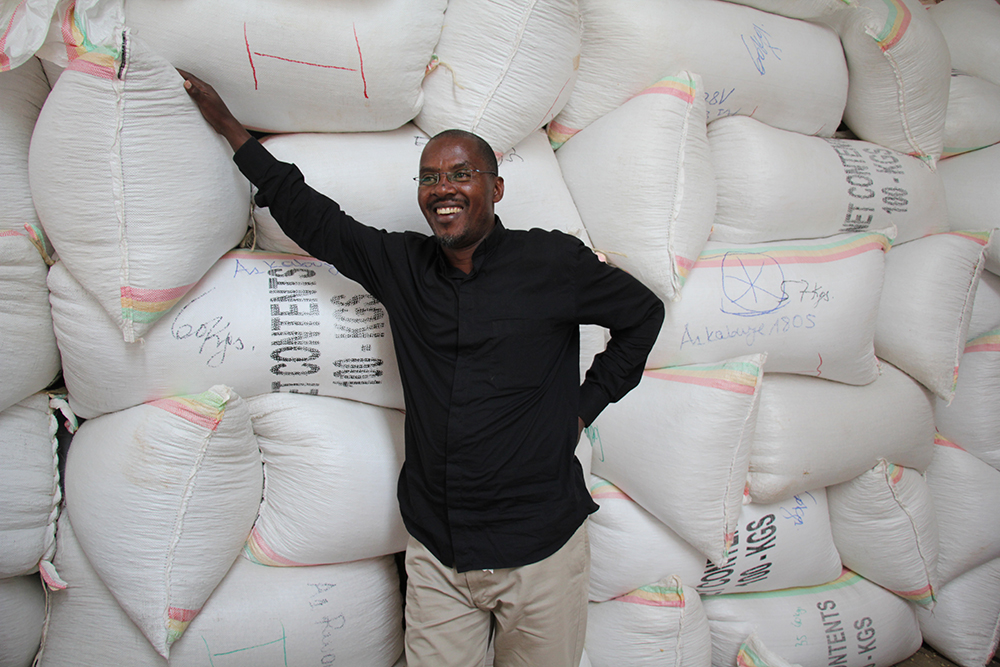 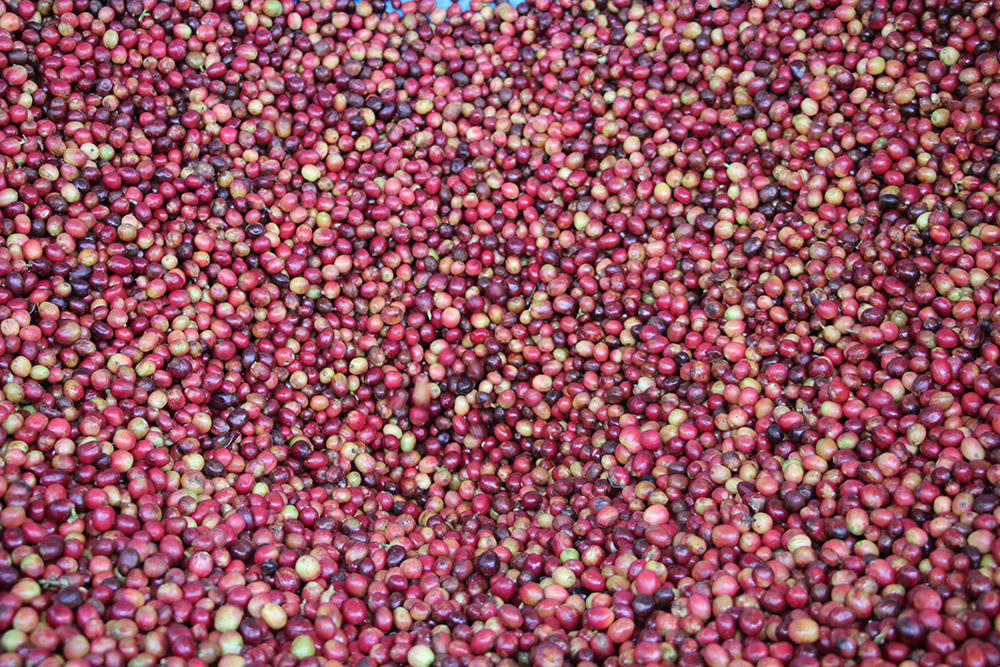 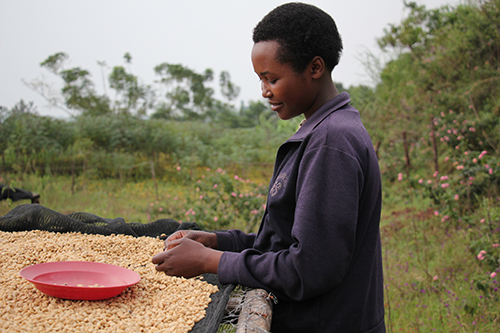 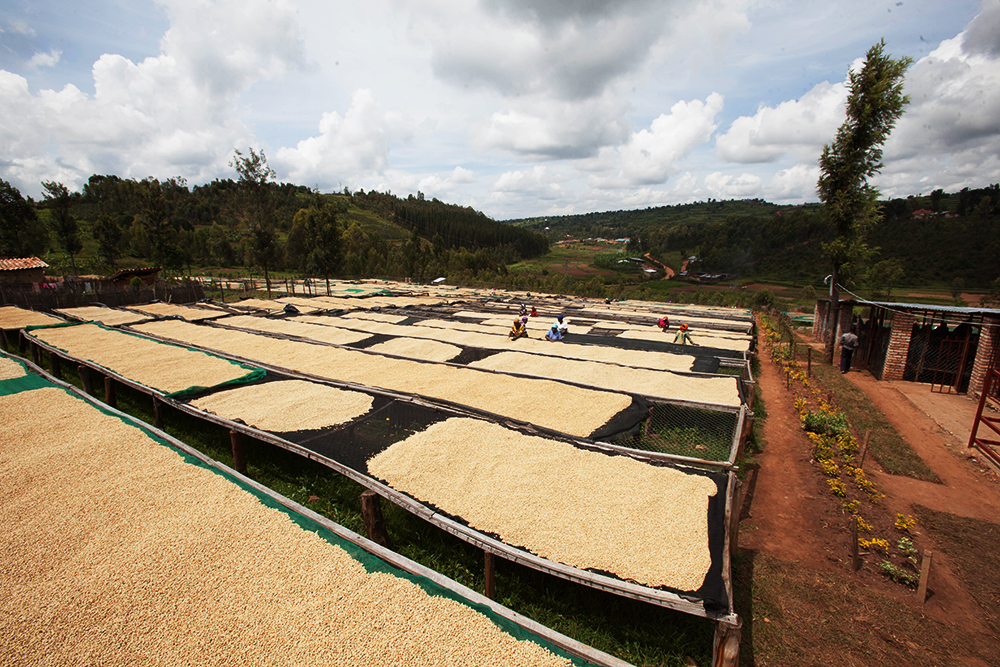 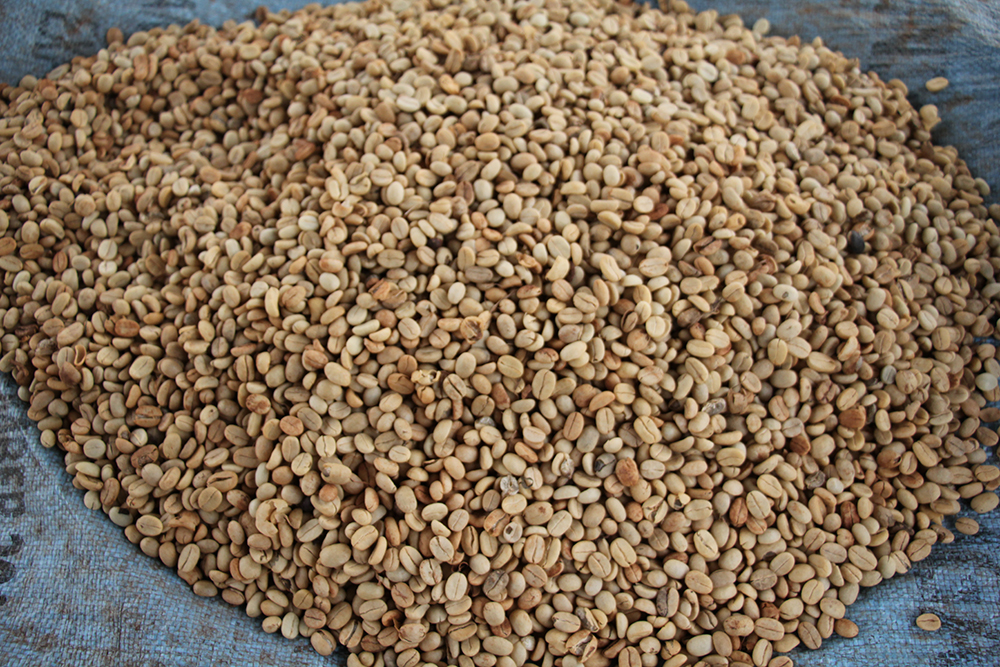 Brewing this single origin coffee is best as pour over and comes with notes of ripe fig, cherry, cocoa nibs and a full, velvety mouthfeel, complemented by a rounded tangerine acidity. 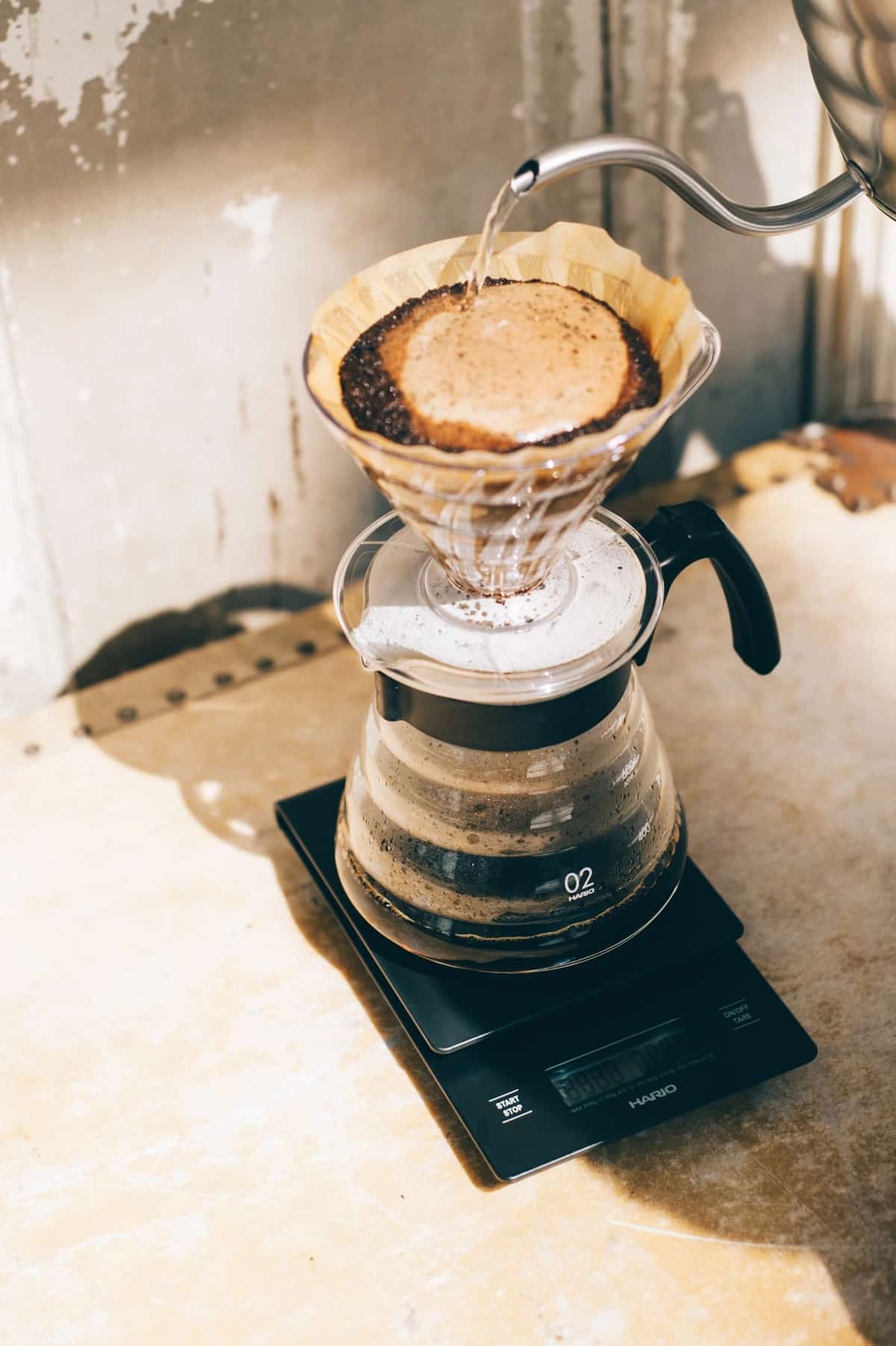